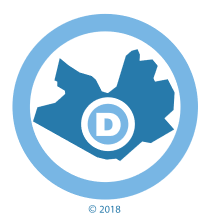 We are Democrats for Owensboro & Daviess County KY. Welcome to the great American political process. Poke around the site, get to know us a little, and find answers to questions you may have about voting or contacting your elected representatives. Please join us on Facebook and attend a monthly meeting of the party’s Executive Committee.

“Democrats stand for Healthcare, Education, Jobs, Equality and a healthy Environment so that  your family can achieve the American Dream. We deliver for everyone, not just a few at the top.”

“The General Assembly’s focus in creating these district maps wasn’t representation or democracy or even legality – their focus was on partisan politics, which is why they unnecessarily sliced up so many counties,” said plaintiff Joseph Smith. “Why else would I, a Franklin County resident, be sorted into the same congressional district as Paducah? I should pick my representatives – they shouldn’t pick me.”

“I believe the best legislation comes from public participation, but it’s clear the General Assembly kept their redistricting plan a secret until days before they passed it because it violates both the Constitution and the trust we place in our representatives,” said plaintiff Mary Lynn Collins. “Their maps weaken my voice, my representation and my vote by placing me and my neighbors in a gerrymandered district that stretches for hundreds of miles to the Mississippi River.”  READ MORE